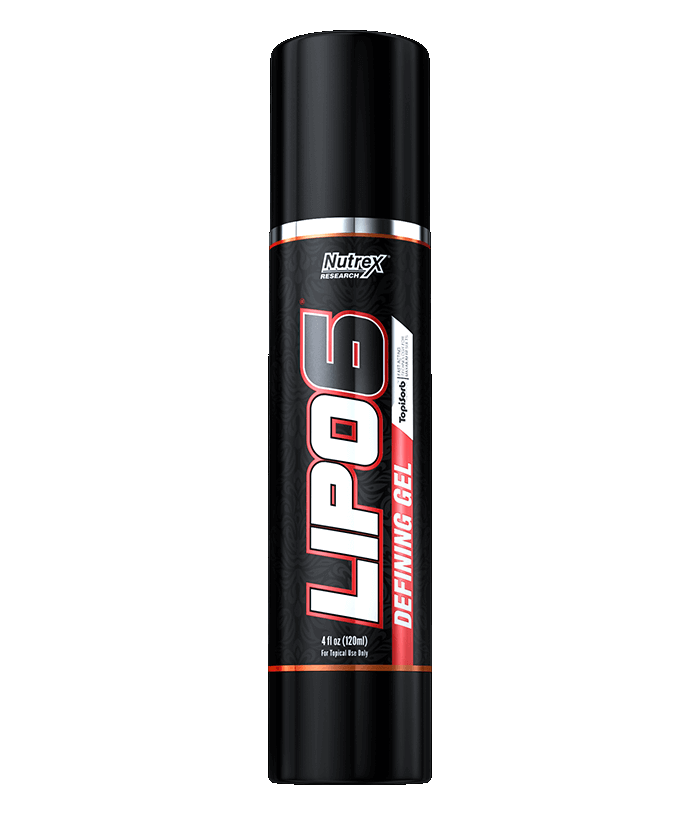 Simply apply LIPO-6 DEFINING GEL to any fat area and its formula will be rapidly absorbed to work on fat deposits, resulting in increased thermogenesis in both subcutaneous and visceral fat, alike.†

TopiSorb™ Technology, which allows for targeted, localized delivery straight into fat deposits can only be found in LIPO-6 DEFINING GEL.†

THE SCIENCE BEHIND LIPO-6 DEFINING GEL

The key ingredient in LIPO-6 DEFINING GEL is called Theophylline. Theophylline mimics adrenaline, causing an increase in lipolysis (the breaking down of fat cells). Several studies have demonstrated a highly potent lipolytic effect when applied topically.†

The second key ingredient in LIPO-6 DEFINING GEL is called Yohimbine. When absorbed into the skin, it penetrates into the fat cells and blocks a receptor which triggers a shut off switch for adrenaline’s lipolytic action, allowing us to prolong rapid fat loss.†

Our third ingredient is caffeine. Normally used to keep us awake, we’re applying caffeine topically to increase a chemical known as cAMP in fat cells. This chemical tells your body that you need fuel in order to finish your workout and then releases fatty acids from fat cells.†

Our fourth ingredient has multiple purposes. Resveratrol is considered by some to be a miracle compound. It mimics the effects of calorie restriction and causes a dramatic increase in energy expenditure by fat cells. As a side benefit, Resveratrol inhibits an enzyme called Aromatase which converts testosterone into estrogen, which can cause the body to retain fat.†

Our fifth ingredient deals with Cortisol, the stress hormone. Chronic elevation of stress can trigger the body to pack on fat, especially in the abdominal area. 18B-Glycyrrhetinic Acid, our fifth ingredient, blocks the enzyme that increases cortisol.†

Our final main ingredient is Synephrine, which is closely related to Adrenaline. Synephrine causes an increase in energy expenditure. This means the body burns more calories during training or when you rest. In combination with the rest of the ingredient profile, Synephrine is a powerful part of this groundbreaking formula. The impressive ingredient formula in the LIPO-6 DEFINING GEL has been perfected over years of research and real world testing to deliver highly potent, localized fat burning. The specialized TopiSorb™ Technology creates the perfect vehicle to deliver the ingredients in significant dosage directly to the desired areas without causing any kind of jitters or sleeplessness. Get rapid results to help you reveal a leaner body and take you closer to your fitness and aesthetic goals.†

Check Out All of our Products Here